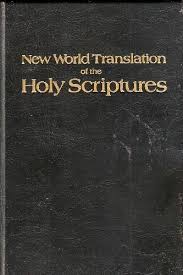 Since the inception in 1879 of what is now known as the Watchtower Bible and Tract Society, its adherents, called Jehovah’s Witnesses, have had distinctive beliefs that separate them from mainstream Christianity. For example, they believe that God is one person, not a trinity. They believe that Christ died for the sins of man, but that he was resurrected spiritually rather than physically. The leadership predicted and believe that the end of the world is soon to come. “They believe that the destruction of the present world system at Armageddon is imminent, and that the establishment of God’s kingdom on earth is the only solution for all problems faced by humankind.”[1] .

Members believe that only Jehovah’s Witnesses will be saved when most of the world’s population is killed at Armageddon. Witnesses use the name “Jehovah” rather than “God,” and they focus their worship on Jehovah rather than on Jesus, whom they believe was Jehovah’s only direct creation. The Holy Spirit is believed to be a force rather than a person.

A significant underpinning belief of Jehovah’s Witnesses is that Jesus’ heavenly rule (or “heavenly Kingdom power”) began in 1914. This date is said to also mark when the Last Days began. Members believe that, 3 ½ years after 1914, Jesus came to “inspect and cleanse” the Watchtower Society, choosing it as the only organization through which he would work and “the only means of salvation.”

Because they believe theirs is the only true religion, Jehovah’s Witnesses place a strong emphasis on outreach and sharing their beliefs. Witnesses believe in baptism and follow Christian standards on morality and love. They study both the Bible and Watchtower publications, using the latter to help them interpret scripture.

Jehovah’s Witnesses do not observe holidays they believe to have pagan origins, such as Christmas, Easter, and birthdays. They do not salute the national flag or sing the national anthem, and they refuse military service. They also refuse blood transfusions, even those that could be life saving.

A Jehovah’s Witness is prohibited from ingesting or being transfused with natural human blood or its products, although there are exceptions for some artificial blood products or “non-blood alternatives.” The Witnesses’ stand against blood transfusions reflects the significance of blood in their faith. They hold that blood is sacred and represents life. The belief that they should “abstain from…blood” comes from a biblical passage in the book of Acts.

Witnesses attend meetings at Kingdom Halls, which normally contain no religious symbols but are rather more functional. They study Watch Tower Society literature and the Bible at their meetings, which typically include two gatherings each week. Authority for doctrinal and organizational decisions rests with the Governing Body, a small group of men based in the Watchtower Society’s Brooklyn headquarters.

Members practice baptism and dedication, but there is no tithing or collection; funds are raised through voluntary contributions. Each congregation is led by a body of ministerial servants and appointed, unpaid male elders. Those who commit a serious sin or who decide to leave the Watchtower Society, whether formally or informally, are “disfellowshipped.” Contact with members who are disfellowshipped is limited to certain people, such as those who have contractual obligations or family members living in the same home. The Watchtower Society advises Witnesses to minimize socializing with those who aren’t members, in order to maintain their spiritual integrity and morality.

The Watchtower Society teaches that, in the beginning, death was not inevitable. Man was created by God with the capacity to live forever. Death is a physical consequence of Adam and Eve’s original sin, the violation of a “divine law.” Members believe that Jesus Christ paid the ransom of a perfect human life, releasing mankind from sin and death. One day “death will be no more,” and humans will have the opportunity to enjoy perfect lives.

Members believe that, “…at death, humans cease to exist. The dead know, feel, and experience absolutely nothing.”[2] Death is compared to sleep, because there is no consciousness, activity, or awareness of one’s surroundings, and there is an expectation of awakening (resurrection). Therefore death is not to be feared as the absolute end, because the dead who are “in God’s memory” will be resurrected.

Jehovah’s Witnesses do not believe in a place called Hell or a realm of eternal torment. They do believe in a heaven and the hope of going there. Members are taught that only 144,000 “tested and tried” Christians will actually go to heaven (based on Revelation 14:1-5), to reign and rule with Christ as kings and priests. Others who survive Armageddon and those who are resurrected will have the opportunity to learn the proper way to worship God, and possibly live forever in a “paradise earth.”

The belief that humans become angels following death is not a part of Witness theology. Rather, Jehovah’s Witnesses believe that angels are a unique creation, differing greatly in their nature and “their place in Jehovah’s purpose,” and that God created them long before man appeared on the earth.

Jehovah’s Witnesses do not believe that the dead are conscious or that they can have any influence on the living. They avoid such customs as wakes, funeral celebrations and anniversaries, and sacrifices for the dead. Funerals are conducted according to scriptural guidelines, and “unclean practices” are strictly forbidden. If unbelieving relatives proceed with such practices, then “the believing family may decide to withdraw from the funeral. When this happens, a simple memorial service may be held at the local Kingdom Hall or at another suitable location…”3 Members are encouraged to make their last wishes known in writing, to avoid this unfortunate situation.

Funeral practices follow the model of the manner in which Jesus was buried: funerals for Jehovah’s Witnesses are discreet and modest, without a show of social or economic status. There is no celebration or rejoicing following a funeral. Preference is given to quiet reflection and the hope of the resurrection.

From Our Memorial Store

How Much Will Your Funeral Cost? Try Our QuickPlan to Find Out.